How to Island Hop In The Greek Islands like a Pro

In our last blog we highlighted three of Greece’s most popular destinations: Athens, Crete and Santorini.

We are back with more information on how to island hop in Greece like a pro! Since Greece has over 2000 islands there is a lot of choice when it comes to deciding which Greek islands to visit on vacation, and we want to break it down and make it manageable!

How to Island Hop in Greece:

Greece is famous for island hopping, and when it comes down to it, this is one of the best reasons to visit Greece. There are five main island groups in Greece, and these are where most visitors end up going: Cyclades, Dodecanese, Saronic Gulf, Sporades and Ionian.

The best way to island hop in Greece is pick one of the island groups for logistical reasons – this saves time and decreases travel distances! 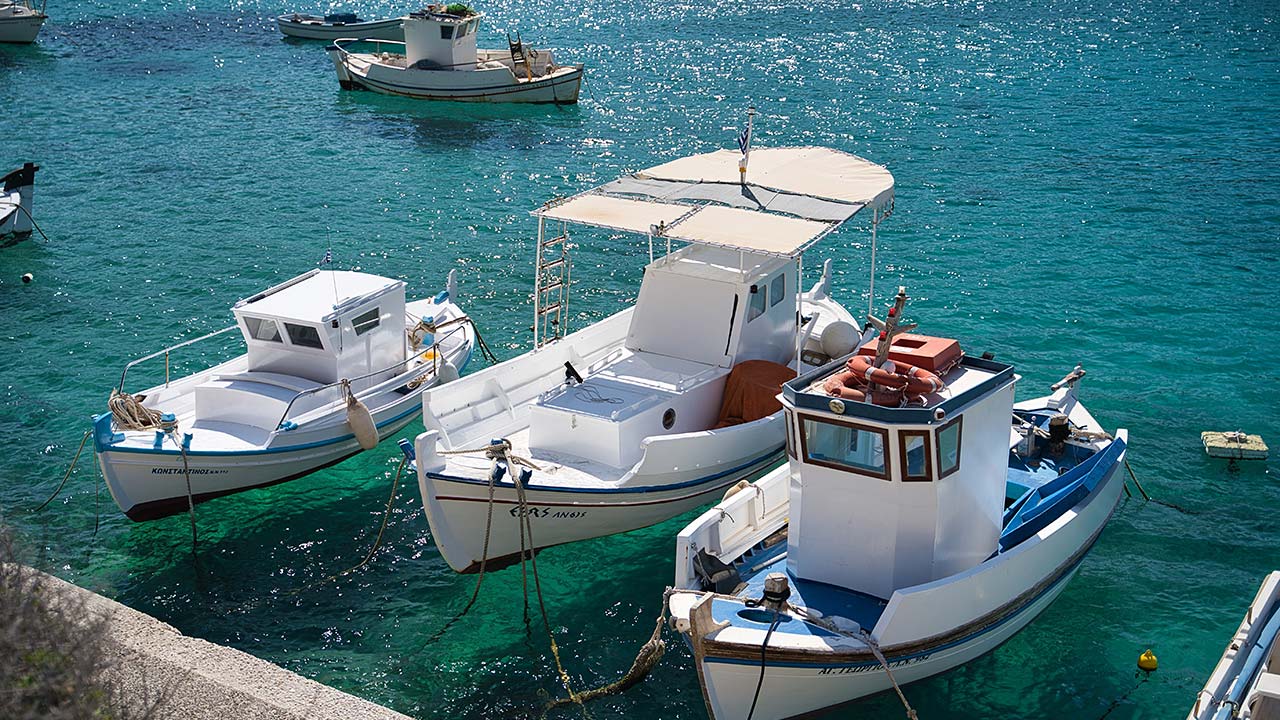 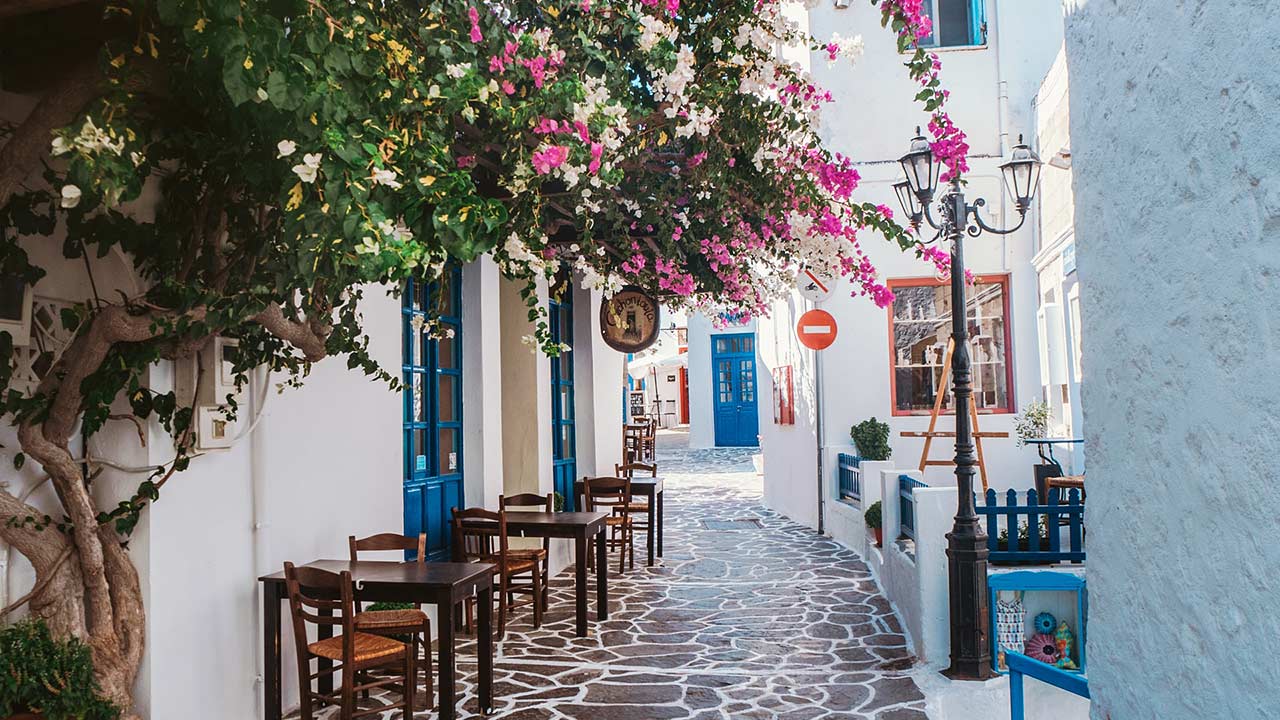 In addition to Santorini and Mykonos, there are 21 other islands to explore in the Cyclades, including Paros, Naxos and Milos. These islands all offer amazing beaches, less tourists than Mykonos and Santorini, quaint hill-top villages, and are great for families. 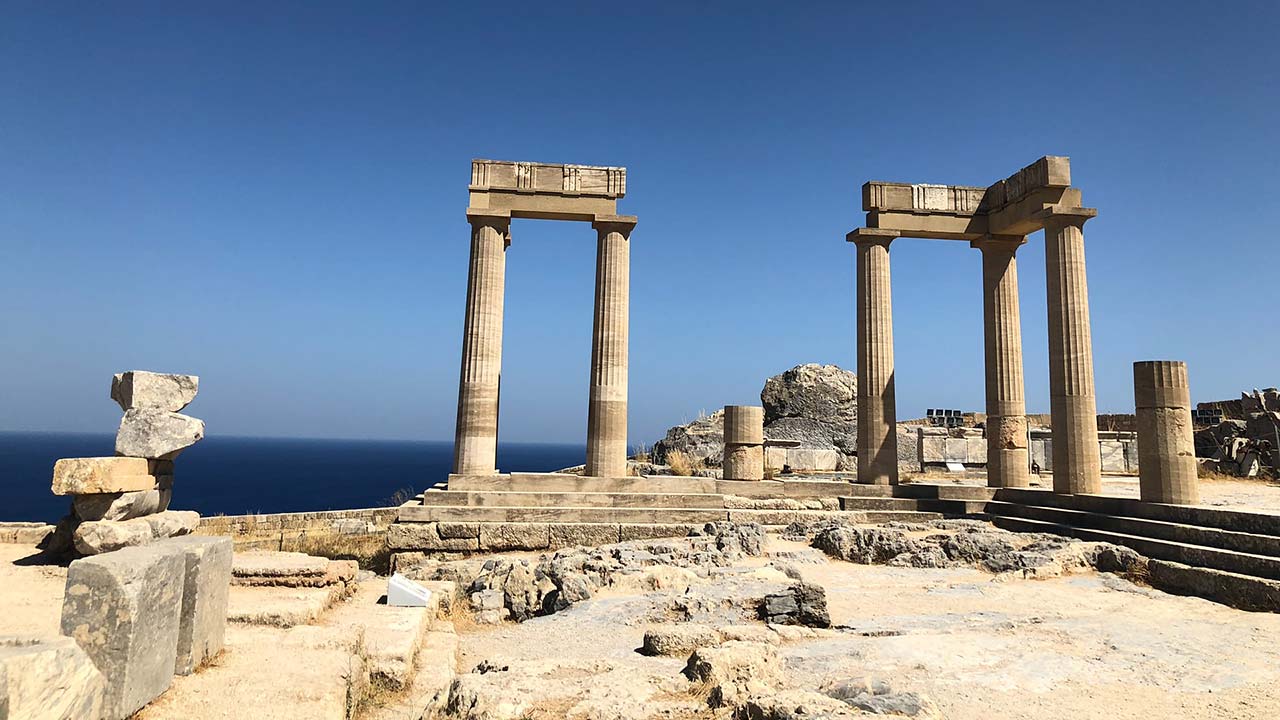 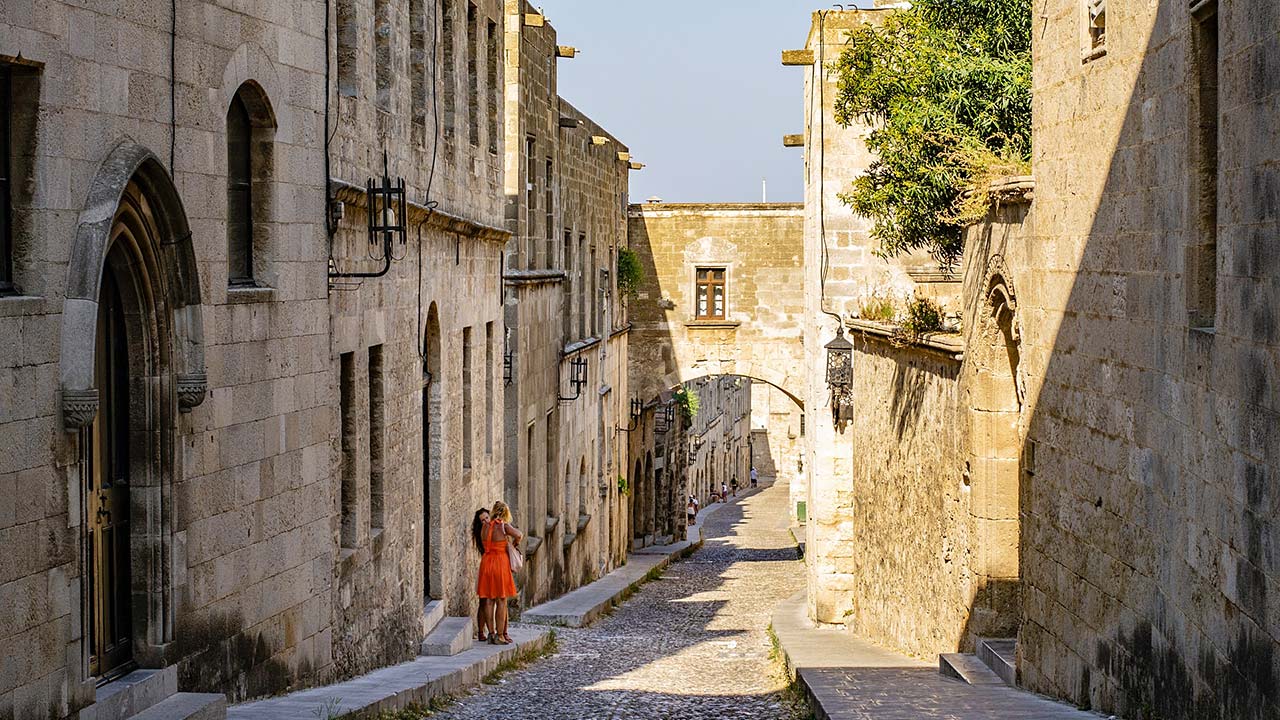 This island grouping is the most easterly group, close to the Turkish Coast and best reached by a flight from Athens or another European gateway to Rhodes. The Dodecanese is less popular than the Cyclades, but the islands stand out for their medieval architecture and beautiful family-friendly beaches. 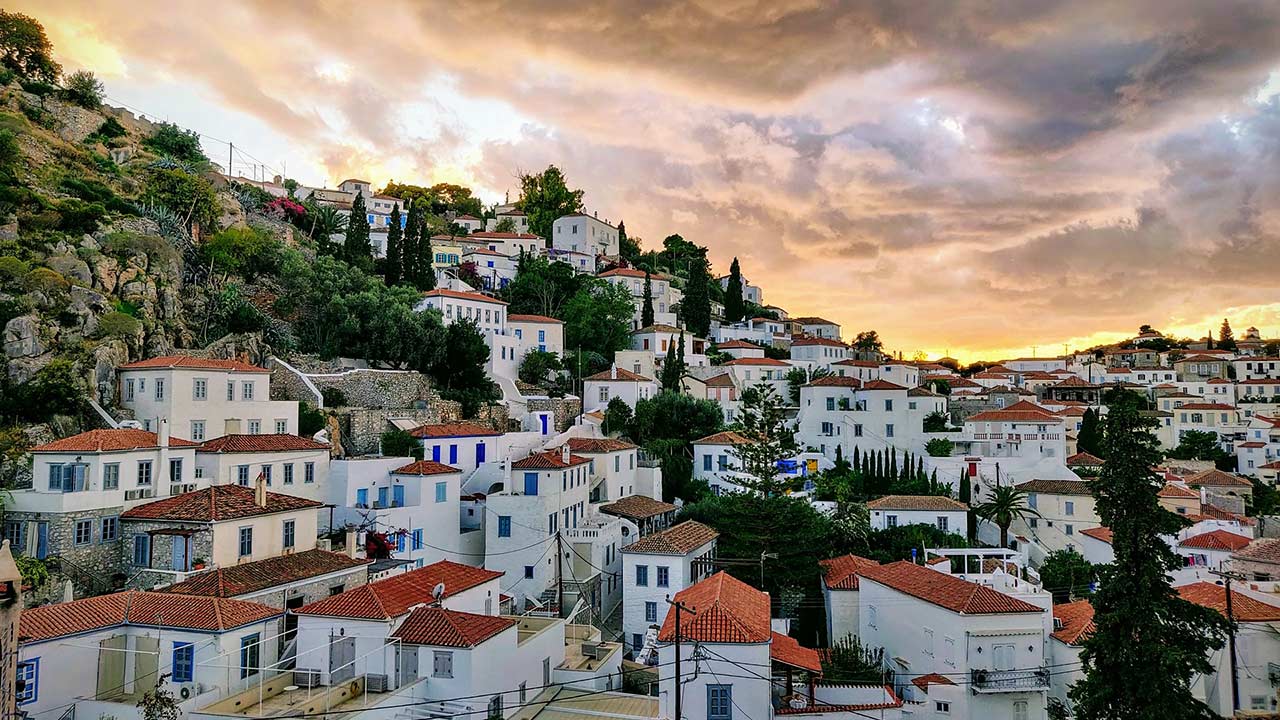 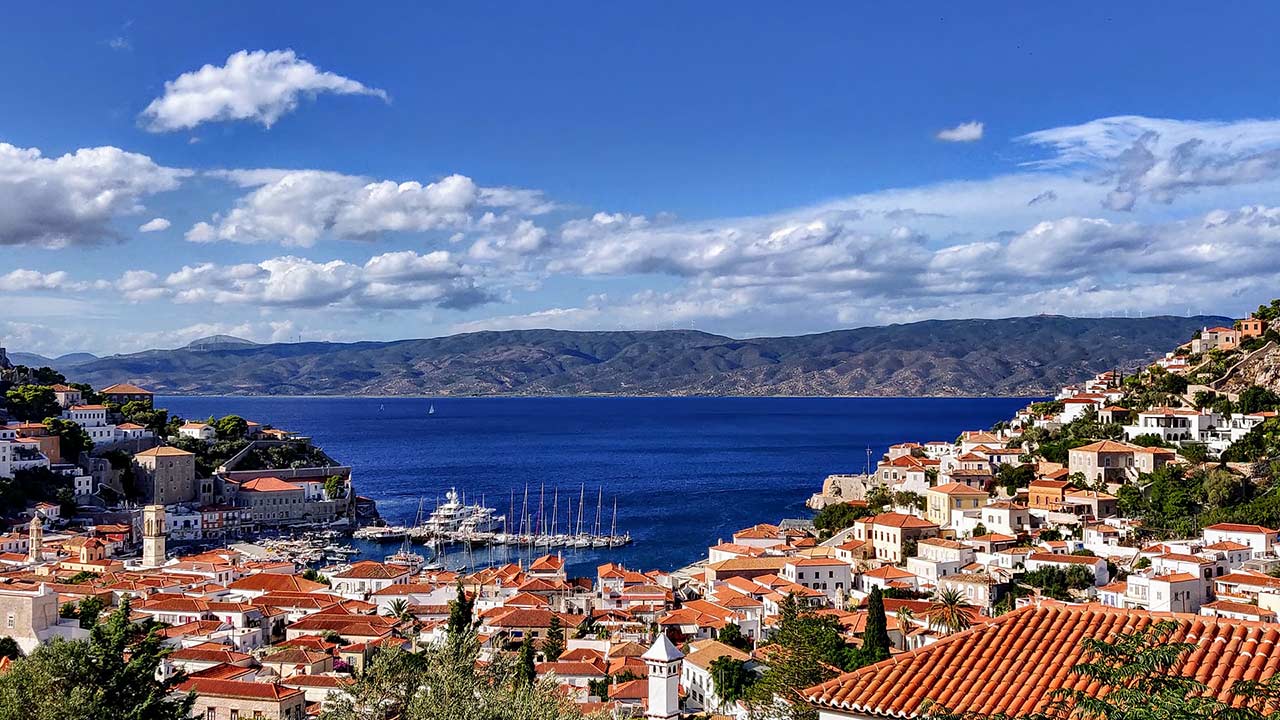 If you only have a few days to explore the islands while you are in Greece than we suggest you head for Athen’s port of Piraeus and take the short ferry ride to the quintessential islands in the Saronic Gulf. 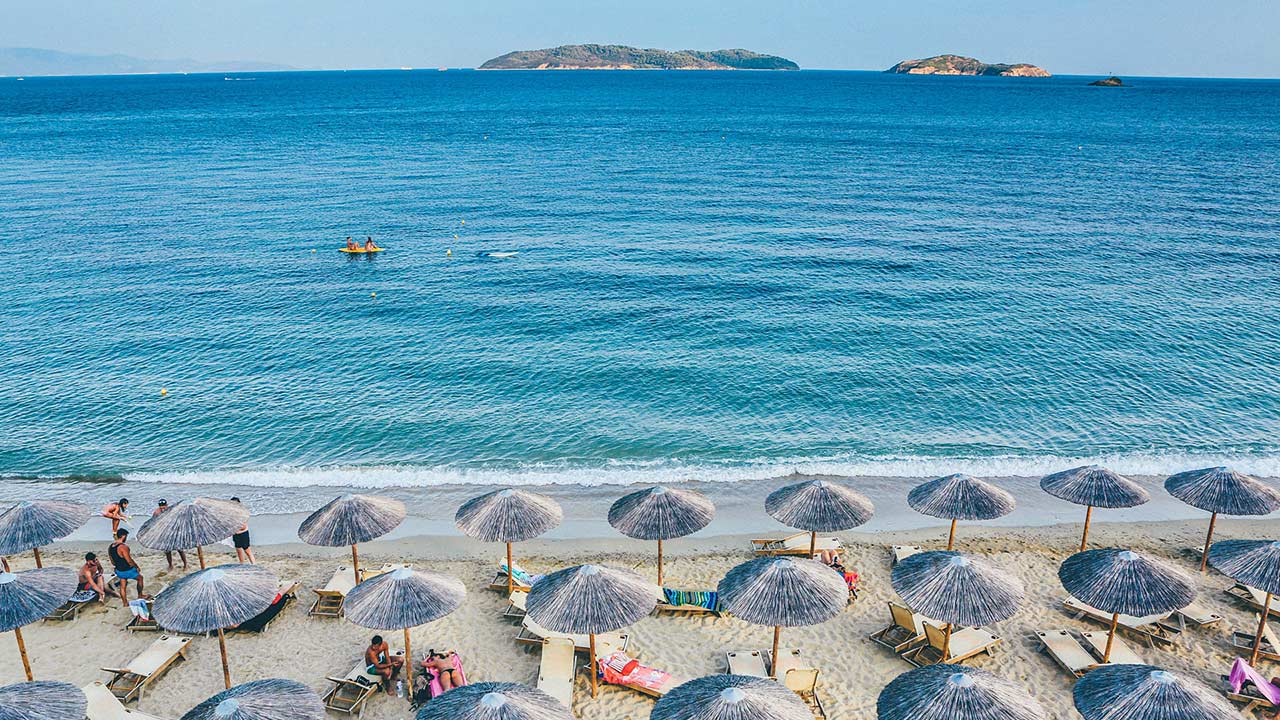 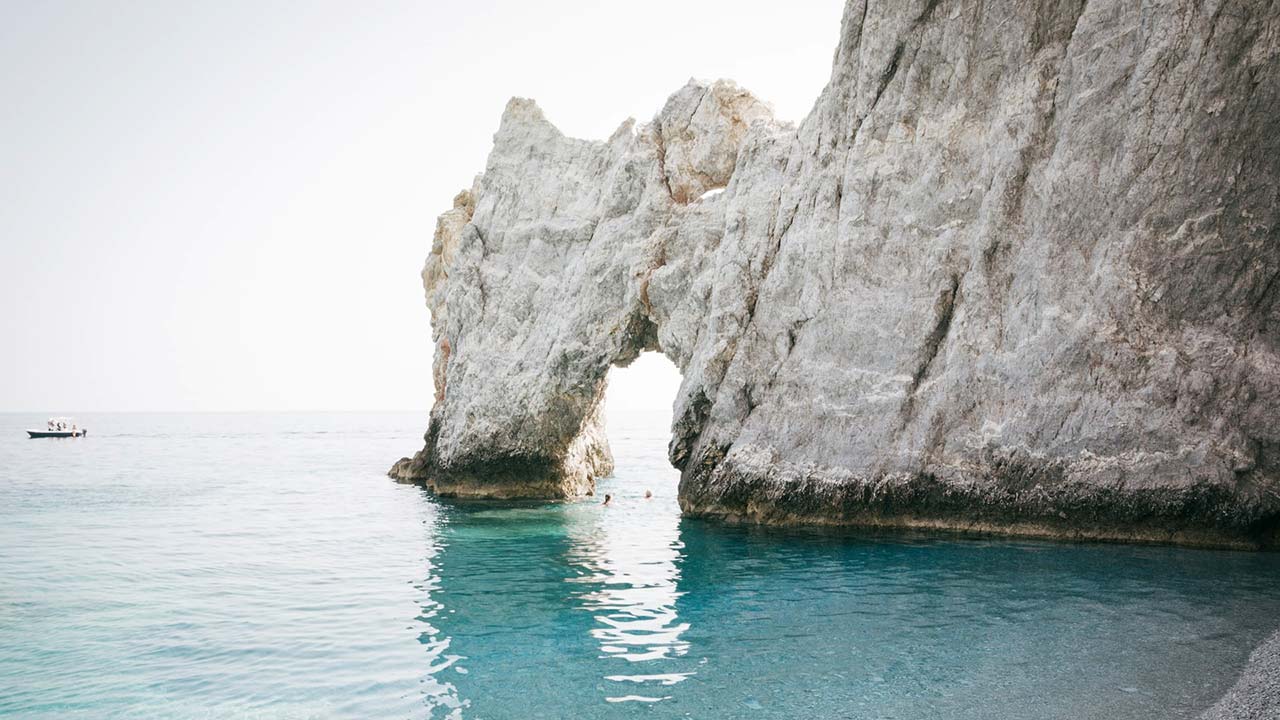 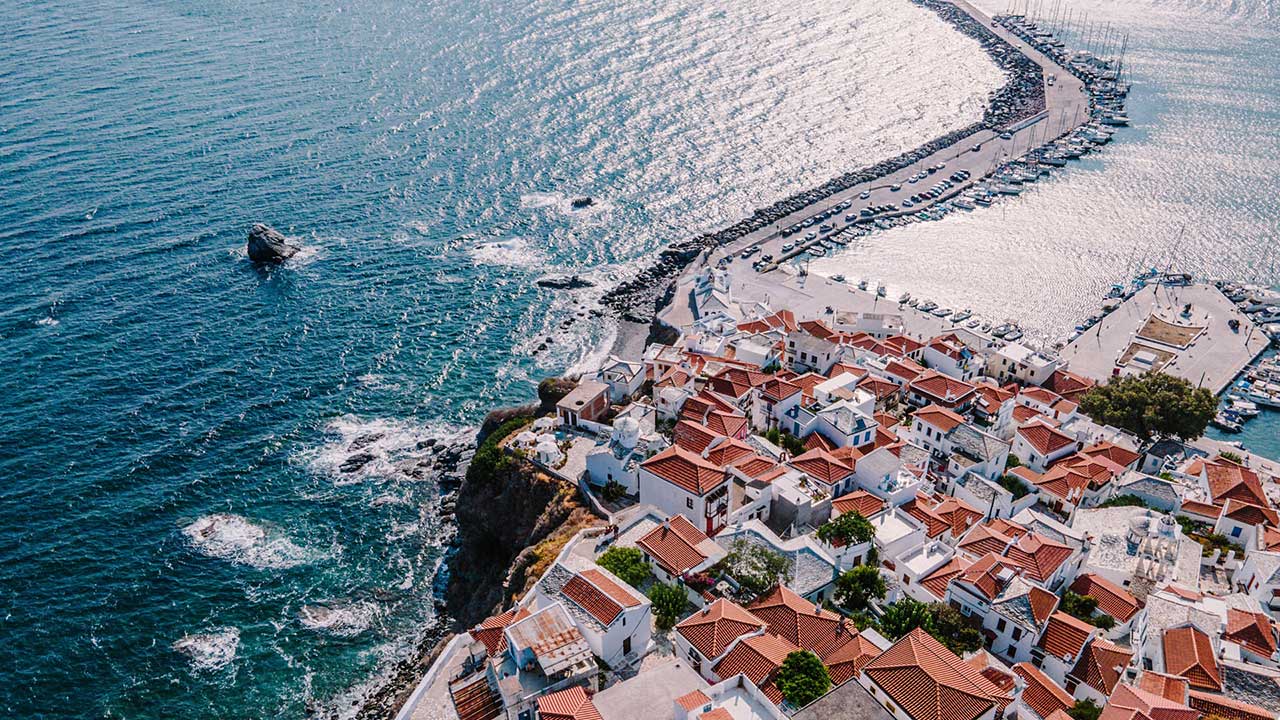 Probably the least well-known of the island chains for North Americans, the Sproades islands are located in the middle of the Aegean sea off the East coast of the Greek mainland. The small islands in the group include: 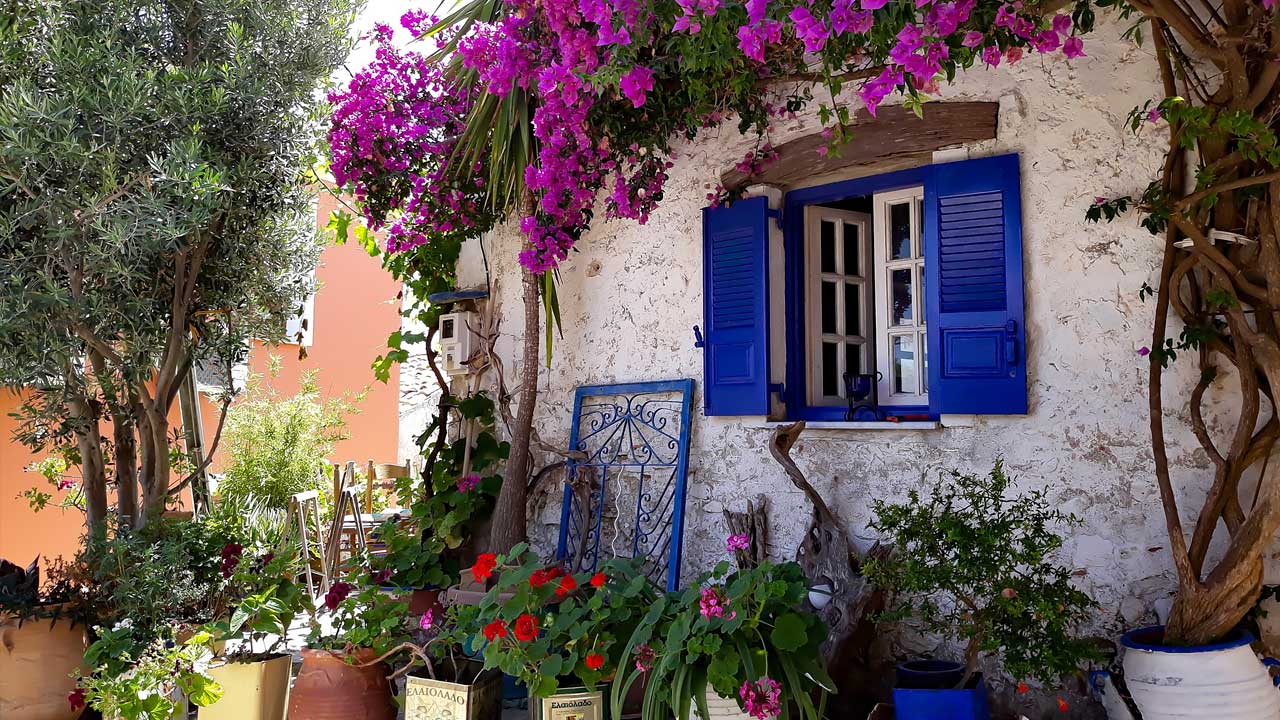 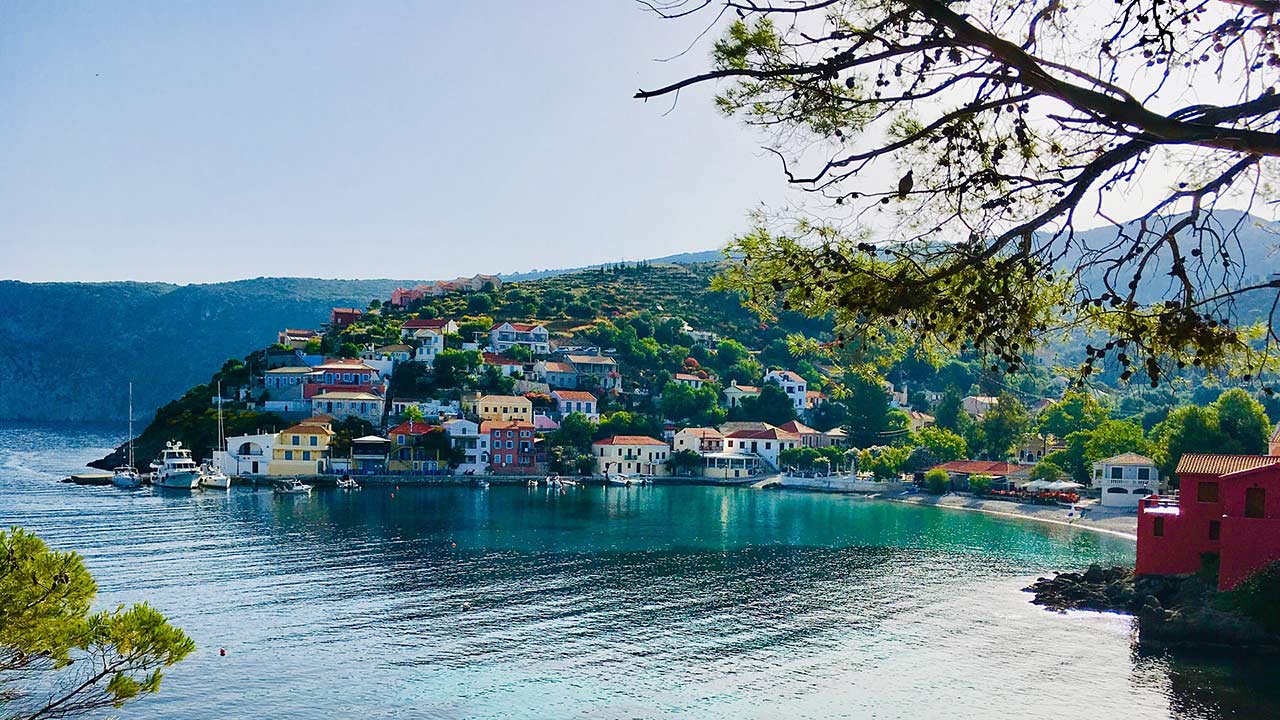 Last, but certainly not least, are the Ionian Islands that lie off the West Coast of Greece facing Italy across the Ionian Sea. There are seven islands in this chain, the most famous being Corfu and Kefalonia. 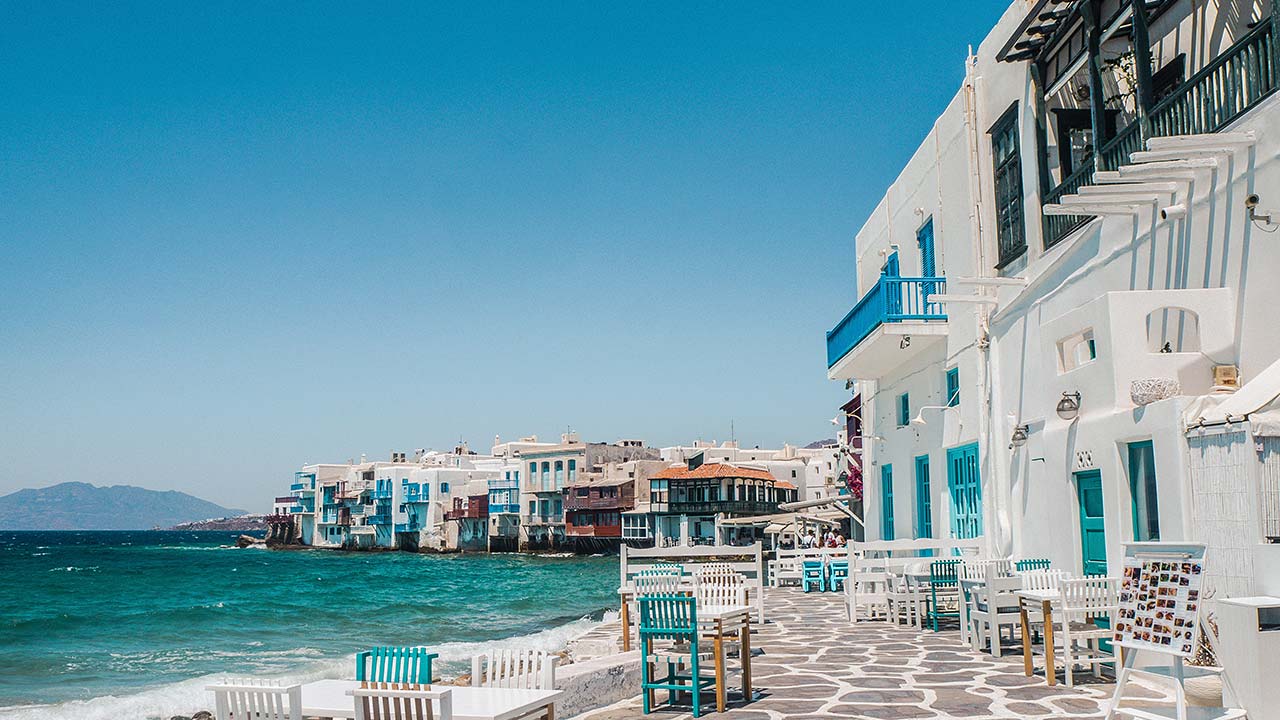 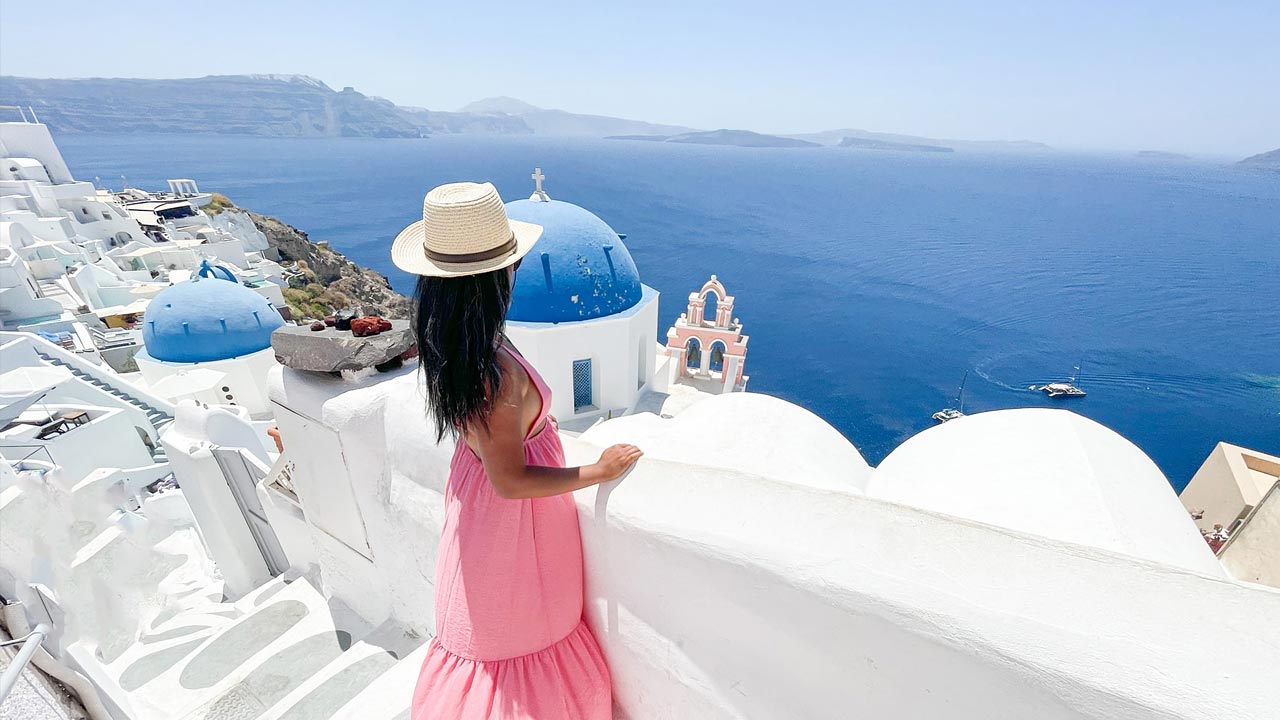 What are The Most Popular Islands in Greece? Mykonos and Santorini!

Thanks for reading this far because I know this is what you really want to know about, right?! So here, in a nutshell, are the facts:

What Is So Special About Mykonos?

Mykonos is the most famous Greek Island with a reputation as the most cosmopolitan. Since the 1960s, Mykonos attracts visitors who are drawn to the laid-back/anything-goes vibe on the island, but it really exploded in popularity in the late 1990s-2010s. This is Greece’s (slightly more chilled-out) version of Spain’s Ibiza with packed nightclubs, bars, excellent restaurants, and epic (some nudist) beaches.

Why is Santorini Greece so famous?

We already covered Santorini in our last post, but suffice to say, Santorini is easily the most famous island in the country and a natural wonder of the world. A crescent shaped archipelago, Santorini is said to be the site of the ancient lost city of Atlantis. Its unique shape was created by a massive volcanic eruption in 1600 BC, and today Santorini’s volcano, while dormant, still exists as the small island New Kameni in the centre of the caldera.

Check out the blog post on Athens, Crete and Santorini for more in depth information on Santorini!

To summarize, here are GHT’s tips on how to island hop in Greece:

Have you island hopped in Greece?  If so, we would love to hear what your favourite island was and what was your best experience!

Stay in the Loop!

Sign up for our newsletter for GHT’s expert travel tips, news, and the latest deals and offers.

Georgia Hardy Tours is a family-owned and operated travel company based in mid-town Toronto. While still a Canadian leader in student travel, it has expanded to also offer specialty tours and bespoke, tailor-made adventures around the globe, for families, cultured travellers, museum groups and anyone looking to feed their wanderlust.

What type of learning journey can we create for you?