Experience the stunning mountains and coastline of Mallorca, Spain’s largest Balearic Island, before cruising the Mediterranean by ferry to reach Barcelona. Once in Catalonia, we explore coastal cliffs and dive deep into Barcelona’s rich cultural life. This is an ideal European tour, program for teens, or family vacation.

Mallorca is an invigorating mix of Spanish culture and rugged coastal mountains. A guided European trip of the Serra de Tramuntana mountains will include an introduction to mountaineering while taking in stunning landscapes and vibrant culture.  Palma de Mallorca is a historical treasure, renowned for its stunning Gothic architecture and labyrinth of winding medieval streets. Colourful markets and an endless array of galleries and artists’ studios pay tribute to the rich cultural history of the city, dating back more than 1,000 years.  The island boasts superior hiking trails winding through pine forests and limestone rocks, climbing to heights overlooking the island and the Mediterranean. Backcountry camping sites include a mountain refuge and a 13th century monastery.

Next up is a full day of travel which will take us to mainland Spain and Barcelona while admiring white sand coves and crystal-clear water along the way. Explore the beautiful Costa Brava and hike the rugged coastal cliffs and coves near Cap de Creus.

Barcelona is one of the world’s most popular tourist destinations, renowned for its vibrant nightlife, authentic cuisine, stunning architecture, and eight UNESCO World Heritage sites.  Spend a full day touring Barcelona’s main sties including the Gothic Quarter and Park Guell and attend a Flamenco performance – a must for everyone visiting Barcelona.  Visit The Arenas shopping centre, located in the converted former arena when bullfighting in Spain was the national pastime.

This European trip is a very diverse mix of adventure, hiking, and culture in stunning insta-worthy locations in Spain. 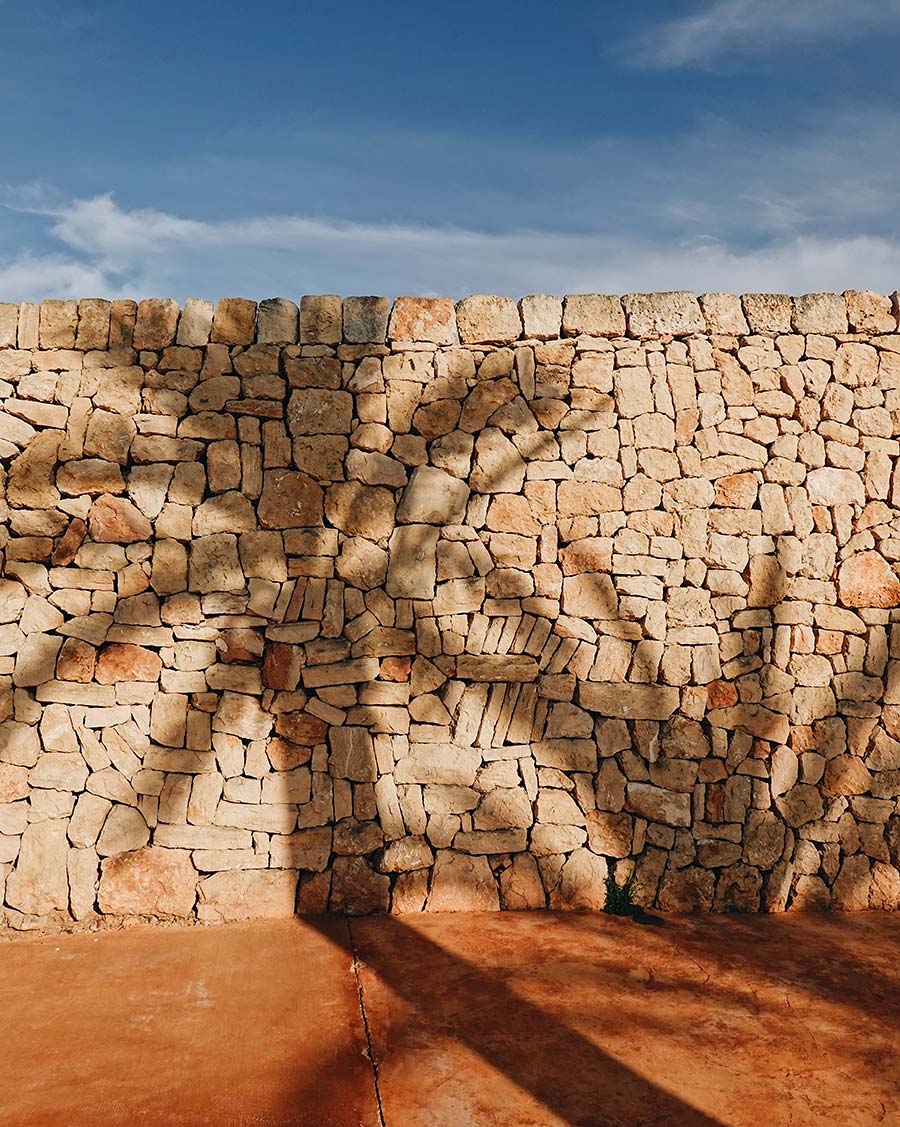 October – May, dates on request

Why Choose This Program

What Is Not Included

Land in Frankfurt and board flight directly to Mallorca. Situated on the Bay of Palma, Palma de Mallorca is a historical treasure, renowned for its stunning Gothic architecture and labyrinth of winding medieval streets. Colourful markets, vibrant public squares and an endless array of galleries and artists’ studios pay tribute to the rich cultural history of the city, dating back more than 1,000 years. Here, we will board a private coach and enjoy a panoramic tour, hopping on and off to experience Palma’s most notable historical sites. Discover the fascinating history of this Balearic paradise and the Roman, Byzantine and Moorish civilizations which shaped it. After a full day of travel, enjoy dinner and a relaxing evening at the hotel.

Today’s program is an active adventure! After breakfast at the hotel, we will set out for the breathtaking coastal village of Dejà, whose idyllic landscape of steep cliffs overlooking the Mediterranean, lush with orange and olive groves, have provided inspiration for countless artists and literary figures. Hikers will leave their suitcases at the hotel in Palma and pack a small backpack which they will carry throughout the hike, a relaxed 10km lower level coastal trek with minimal climbing. The hike will lead us to our destination of the day – a lighthouse overlooking the bay of the Port de Sóller. With its tranquil harbor and population of Egrets, Muscovy ducks and Herring gulls, this peaceful seaside resort provides a contrast to the bustling streets of Palma.

We will spend the night in the charming Refugi de Muleta, where dinner will also be served. The refuge occupies the building of what used to be the Muleta army telegraph station, which was in use between 1912 and 1956. Its location, near the Cap Gros lighthouse, which controlled the entrance to the Port de Sóller, bestows it with spectacular views of the Mediterranean, the cliffs along the north coast and the mountains that border the valley: of these Puig Major, Puig de l’Ofre and Es Teix, all of which are over 1,000 meters high.

Following a relaxing night in the refuge, a 16 km mountain adventure awaits! Early in the morning, we will board a shuttle to the Sant Bartomeu church in Sóller, a Baroque treasure whose construction began in 1688 and was revived with a modernist facade by a disciple of famed architect Antoni Gaudí in the early 20th century. From there, we begin the climb to the Coll de l’Offre (875 m), winding through pine forests along an old mule path. The panoramic view from the top is truly breathtaking, overlooking the Serra de Tramuntana and the flatlands of Mallorca. From there, we traverse to scenic Cúber Lake for a well-deserved rest. After a short last climb to visit historical ruins, we descend to our destination, the Refugi Tossals Verds. Dinner will be served at the refuge.

Following breakfast in Tossals Verds, the day’s 14 km hike begins with a challenging climb to Coll des Prats. Along the way, dugout pits once used to store ice into the hot summer months provide a glimpse into the island’s rural history. Arriving at the peak, the highest ground on the island, hikers will be exhilarated by the stunning views over Mallorca’s rugged mountains. A long and winding stone path leads toward the destination for the day, and the most unique stay of our journey – the 13th century Santuari de Lluc monastery.

The day will be spent exploring the extensive trail network surrounding the Santuari De Lluc. Mallorca’s most important pilgrimage site, the monastery and surrounding trails are rich with history, from tales of the pilgrims who once walked the trails barefoot to legends of miracles performed along the way. Ancient oak trees, natural caves and curious rock formations provide a spectacular backdrop for the day’s activities. At the end of the day, we return to the monastery where we will dine and spend a second night.

A full day of travel which will take us to mainland Spain, today’s program begins with a morning bus pickup and return to the hotel in Palma de Mallorca to retrieve the luggage that was left there on Day 1. From there, we will transfer to the 7-hour ferry to Barcelona, admiring the white sand coves and crystal-clear water along the way. Upon arrival in Barcelona, we will walk down the famous Las Ramblas boulevard, a vibrant promenade and one of the city’s most famous landmarks. For evening entertainment, the group will experience true Andalucian culture with a live flamenco performance.

In the morning, we will transfer by bus to the Costa Brava trail for a 4-hour, 13 km hike following the GR-11. This section of the Costa Brava is one of the most secluded areas of the trail since it traverses the rocky landscape of the Cap de Creus Natural Park. The peninsula marks the eastern-most point of the Pyrenees Mountain Range where it meets the Mediterranean Sea. Picture-perfect views of the coastline with France off in the distance are a photographer’s dream. The park itself boasts an extensive network of small trails, leading to coves and beaches and to awe-inspiring rock formations created by erosion. A mountaineering guide provides insight into the natural flora and fauna. Following the hike, we return to the hotel in Barcelona for the night.

A full day in Barcelona, including a guided tour of the Gothic Quarter and Park Guell. Barcelona is one of the world’s most popular tourist destinations, renowned for its vibrant nightlife, authentic cuisine, stunning architecture, and eight UNESCO World Heritage sites. In the afternoon, enjoy free time to shop for souvenirs, sample local foods, or simply stroll through the city’s lively streets and tranquil parks. For dinner, we will savour a delicious paella, considered by many to be Spain’s national dish, before returning to the hotel.

How Difficult is this trek?

Since we’ll only be carrying light packs on the treks and will be walking moderate daily distances (up around 5 – 7 hours), this trek should be fine for most healthy people that lead active lives.

What to expect in terms of accommodation and served meals.

We’ll spend 4 nights in hotels where you’ll be given twin bed rooms. Upgrades to single rooms or other can be discussed depending on availability at the time. Breakfasts included. On our nights in hotels, we’ll have restaurant dinners.

Our two nights in huts will be quite basic with shared dormitories. We’ll get home cooked Mediterranean meals according to what the guardian has on the menu that day. We can’t offer a la carte food. During the day, we eat packed lunches and snacks.

What equipment do you need?

We can advise you with detailed packlists and connect you with our resident International Mountain Leader to give you advice and answer any questions you may have.

What kind of weather can we expect?

Mallorca and the Costa Brava should have mild “indian summer” temperatures but the range can vary from cool 10°C all the way up to a warm 20°C or more. Rain is possible but not expected in large quantities.

American, Canadian or EU citizens travelling to Spain do not require a visa, but will need a valid passport.

Want to learn more about this trip?

learn more about this trip

Fine Print: It is the responsibility of all participants to ensure that they have a valid passport and that no additional travel documents are necessary. Georgia Hardy Tours Inc. is not responsible for inadequate travel documents. Georgia Hardy Tours reserves the right to make changes in the itinerary when necessary for the convenience and safety of tour participants. Any extra cost in the unlikely event of itinerary changes must be borne by the individual participant.

Responsibility and Jurisdiction: Georgia Hardy Tours and their agents act only as agents for the passengers with respect to services supplied to passengers by others, including but not limited to transportation, hotel and restaurant services, on the express condition that they are not liable for any failure in such services, or injury, loss or damage, delay or inconvenience arising out of or in connection with any defect in any vehicle or any act, omission, accident or error in providing such transportation, hotel, restaurant or other services. There is no refund for unused portions of the tour. In case of an accident occurring during the land portion of any tour, the passenger must submit any claim therefore only to the competent judicial authorities of the jurisdiction where such accident occurred, to be determined exclusively in accordance with the laws of such jurisdiction. By accepting the coupons and tickets and utilizing the services, the passenger agrees that Georgia Hardy Tours nor any affiliated or subsidiary companies or representatives shall be liable for any loss, injury or damage to the passenger or belongings or otherwise in connection with any accommodations, transportation or other services or resulting directly from any occurrences beyond its control including breakdown in equipment, strikes, theft, delay or cancellation or changes in itinerary or schedules, etc. Georgia Hardy Tours and its agents reserve the right to refuse to accept or retain any person as a member of this tour. The right is reserved to withdraw any or all of the tour or portions thereof. All tour services including, but not limited to hotel accommodations, restaurants, guide services and transportation are furnished by independent contractors.

We Would Love to Hear from You!

Do you have travel questions or would like to know more about how GHT can help you plan a group trip?